“I’m one of those regular weird people.” ~Janis Joplin 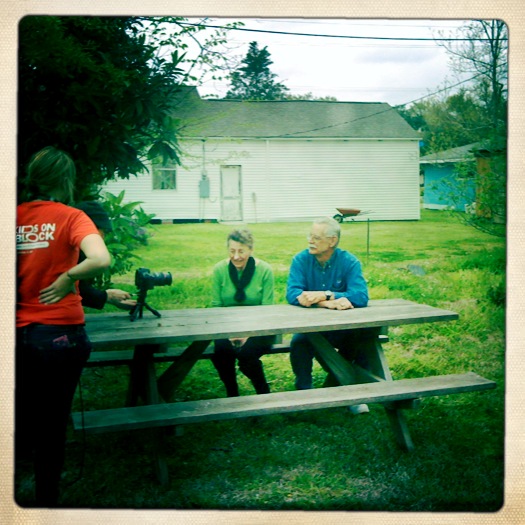 I’VE BEEN LIVING IN AUSTIN FOR JUST UNDER TWO MONTHS NOW, and thanks to Facebook I’ve had a steady stream of people asking me how I’m liking Texas.

So in the interest of brevity and my desire to write one version of that answer rather than dozens of responses to the same question, I’ll give you the short version right now. If you’d like to hear the extended play, keep checking back here for the gory details.

Okay, so maybe gory’s a slight exaggeration. But only slightly. In the short time that I’ve been here, my soul’s been eviscerated, chewed up by the meat grinder of failed expectations and financial chaos. But today’s a new day and things are looking up.

For those of you who don’t know, Tamale, my girlfriend of 3+ years moved to Austin 14 months ago. My plan was to follow her out, but not until I had a steady, decent-paying job lined up. Finally, a full year later, a production company I’ve done a handful of projects for tells me the Janis Joplin documentary they’re making has been approved by the Joplin estate and the project will be announced at South-by-Southwest in March. Oh, and I’m in the budget as the writer.

So what do I do? I quit my job at the Silverlake dispensary and buy a one-way ticket to Austin. It was perfect. Just the kind of gig I was looking to land to start my new life in Austin.

We hit what felt like a speed bump days before I left LA when I found out the project was now NOT going to be announced at SXSW in March. Instead, they’d wait until April to deliver the news to the media horde at the Tribeca Film Festival, where the producers were premiering their latest music doc. Not the best news. But still, the thing was a go. So far.

But within days of getting to Austin, everything changed. And it wasn’t pretty. In the midst of doing a million and one tasks for the film’s director–whose last doc earned her an Oscar nomination–I found out there was a snag. The music rights were going to be more expensive than the producers had anticipated. The project was now officially on hold.

And yet, the director was still coming out to Texas for a week of shooting, which she promised to pull off on a shoestring budget and many hours of my efforts…for which I’ve still yet to make a dime.

But I did get to meet the nice people you see in today’s photo. Those are the Mosers, a sweet old couple who used to live next door to the Joplins in Port Arthur. The place behind them is the old Joplin house. They had some interesting recollections about Janis and her family. We also spent time with childhood friends of Janis, her kindergarten teacher and a woman who used to employ Janis as a babysitter for her kids. In Austin I walked around the UT campus with one of Janis’ first boyfriends and I paid a couple visits to the home of one of Janis’ high school party pals.

The whole experience was…fascinating. Educational. And frustrating for more reasons than the simple fact that I’ve yet to get paid and the movie’s in limbo. But that’s another story for another time.

Since all that went down I’ve plunged into pit of darkness I’m only now starting to pull out of. Is that too much information for my first day back on the blogger bus?

It is what it is.