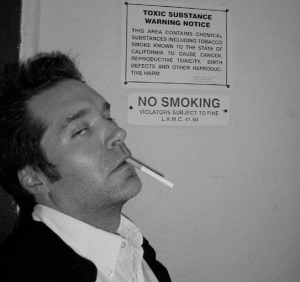 Jordan has never met Bill and I don’t get why he’d be compelled to speculate about his life like that. But it’s a free world. I thought I’d offer a little counter-insight from someone who actually knows him.

Bill did not get divorced to “find his muse,” he got divorced because his marriage failed after 11 years. But not before he worked his ass off trying to keep it together. In the end, they simply had irreconcilable differences. The decision to split was mutual and amicable and probably the first thing they’d agreed on in years. Bill did not leave his family stranded for some young hottie to keep the ol’ mid-life crisis at bay. He went through some damn difficult, lonely months after the divorce when he didn’t have anybody. And he really cares about Dana deeply, she’s not some “temporary pleasure,” whatever that means.

To my knowledge, Bill has never put his kids’ happiness second to his own. This is a guy who gave the shirt off his back to provide them with a huge beautiful home. He worked a full-time job as an engineer for the state while going to law school at night when three were born already and a fourth was on the way. He also moved from a condo to a house to a bigger house during that same period. When he became a lawyer, he’d spend every night after work with the kids, usually helping them with their homework. He basically had no social life outside of his family except when I’d visit. He was always all about his kids. He’s the kind of father you’d see in 1950’s TV shows.

Only difference is, they didn’t get divorced in the ’50’s. Those guys became alcoholics and cheated on their wives. But at least they stayed married, right?

The kids are happy, healthy, incredibly smart, funny and creative and a blast to hang out with. So if how they turn out will be how he’s judged at the end of the day, he’s the odds-on favorite to win dad of the century. I haven’t been proud of too many people in my life, but Bill-the-dad tops the list. His ex-wife is a world-class mom, too, and Bill would be the first to tell you that.

So Bill is guilty of finally enjoying his life again for the first time in years while never once ducking his responsibilities as a father or missing an alimony payment (no small feat in this case, trust me). He and his ex used to fight constantly, but now they get along again and can even have a few laughs once in a while. Their new step-father treats them great and I hear they recently hit it off in a big way with Dana, too.

Sounds like he’s making all the right moves to me, for himself as well as for his kids.

One thought on “in defense of bill”